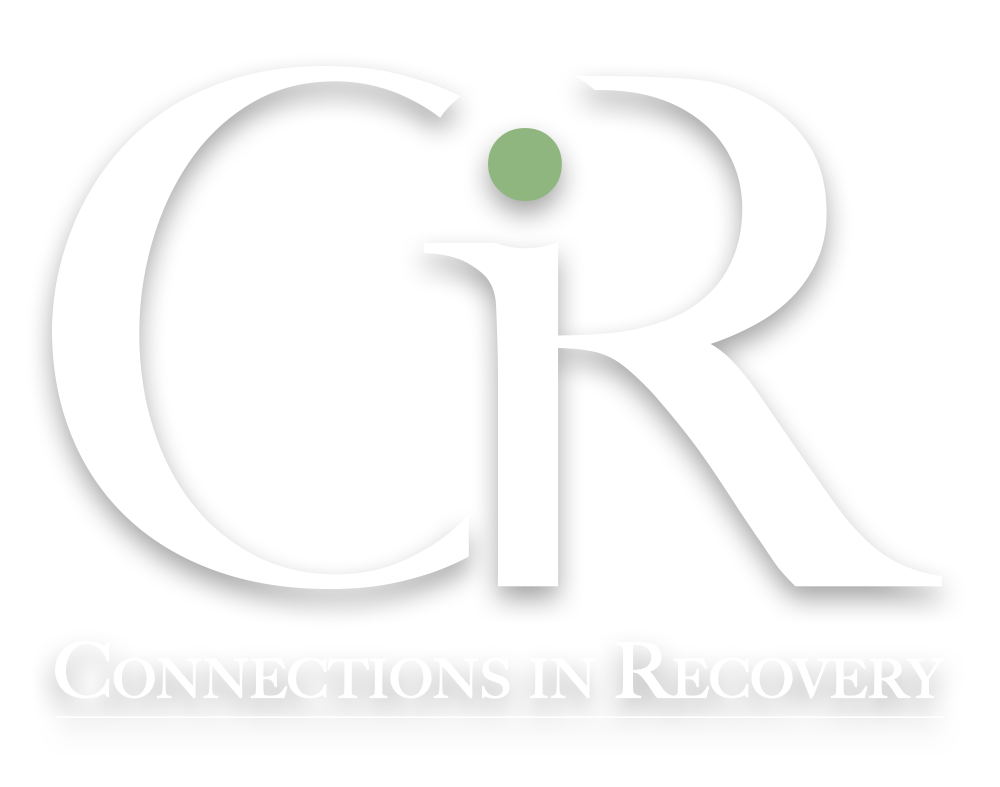 Since 2011, Connections in Recovery (CiR) has coordinated care and assistance to hundreds of individuals struggling with symptoms of mental health disorders and/or substance misuse.

CiR offers expert addiction treatment and mental health treatment services through consultations and assessments, interventions, case management, and safe transport. Both in-person and virtual sober companions and sober coaches, mental health companions and mental health coaches, and recovery life coaches receive quarterly educational series conducted by CiR and UCLA’s Dr. Timothy Fong and clinical psychologist, Dr. Georgina Smith. The educational series is free and are part of an ongoing effort to educate coaches and companions who would like to further their skillset. 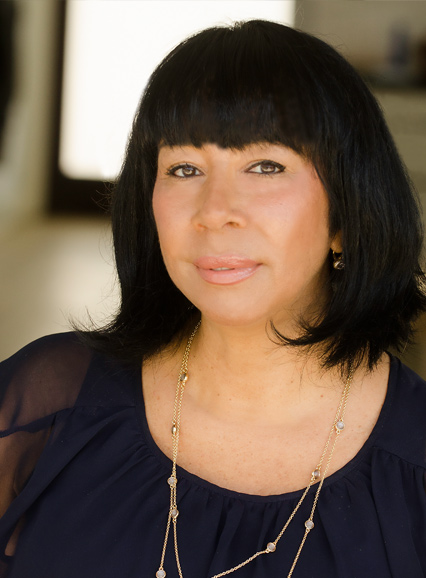 Patty Baret, CAI, is a certified ARISE interventionist, who formally worked for Dr. Donald Trockman, a sought after forensic psychiatrist who testified  on high profile narcotic cases. Patty has helped hundreds of chemically dependent individuals enter recovery. An advocate for recovering women, and with over three decades of personal recovery herself, she has facilitated groups on self-empowerment, relapse prevention and a wide breadth of gender-specific issues. Patty’s expertise in substance use disorders, process addictions, psychiatric decompensation and emotional dysregulation has led to her recognition as an expert in recovery and aftercare support, as well as the highest respect from the international recovery community. Originally from Nice, France, Patty’s international experience (including her years living in Morocco) as well as professional visits to investigate rehabilitation resources worldwide, have provided her the rare ability to align with, and relate to, individuals from virtually any cultural, communal or familial experience. 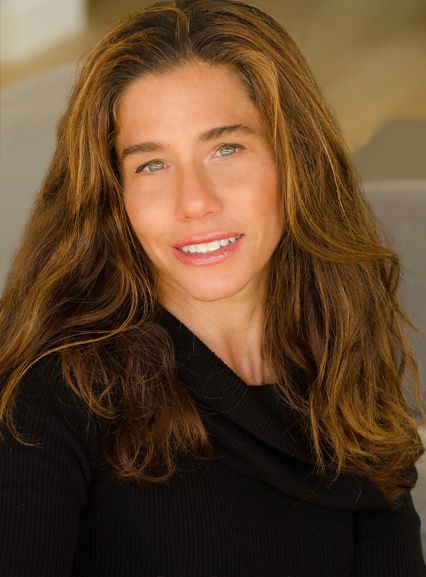 With over 16 years of professional experience, as a substance use disorder counselor with UCLA training, Lauren Arborio, CADAC II, has worked with, and received training from, leading specialists in addiction recovery, psychiatry, and pain management. Born and raised in New York City, Lauren is familiar with the temptations, fast life and lure of drugs of living in such an international city. A graduate of New York University, with a BA in International Relations, Lauren is passionate about helping others struggling with addiction and co-occurring disorders. Utilizing her vast depth of professional resources in behavioral and mental health, addiction medicine, treatment providers, holistic therapies, alternative healing modalities, and sober living communities, she ensures that each client and family with whom she works with receives a customized recovery plan designed to support optimal outcome success. 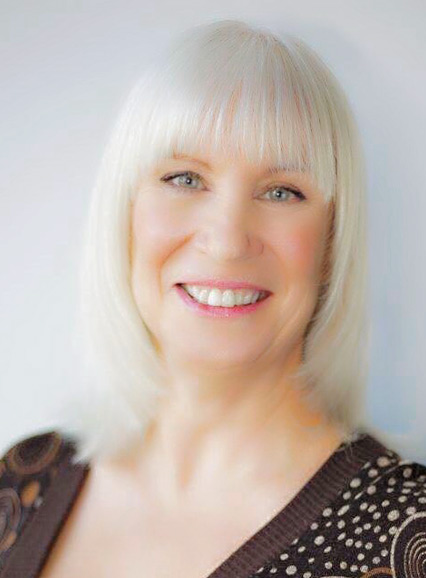 Dr. Lauren Casey has over 20 years’ experience working with individuals and their families, providing senior case management and international coaching services. She utilizes a strengths-based approach in her work, recognizing the inherent potential, capabilities and resiliency of individuals and their families in order to facilitate recovery and empowerment. Dr. Casey delivers crisis management training at professional organizations worldwide, and she is the recipient of several awards including the Centre for Addictions Research of British Columbia and the Integrated Mentorship Program in Addictions Research Training (IMPART). She is also a published author and speaker. 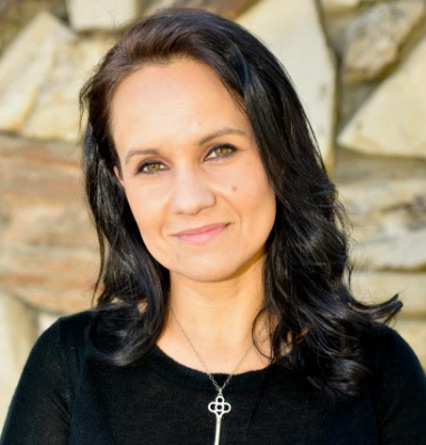 Bringing a warm, supportive and direct approach to her work, Dr. Smith treats individuals (adult, adolescent and child), couples, and their families. She is an EMDR (eye movement desensitization reprocessing) clinician trained through EMDR Consulting and utilizes this tool to treat trauma, reduce distress, and adapt negative core beliefs. Dr. Smith also utilizes an eclectic blend of relational, narrative, cognitive-behavioral, dialectical behavioral, psychodynamic, systems and interpersonal neurobiology based therapeutic interventions to assist individuals in stabilizing distressing symptoms and building coping resources to self-regulate. She also works with individuals to address underlying issues contributing to current symptoms, while identifying and adapting negative core beliefs, life patterns and internalized stories from the past, which a focus on integration of core self, working to heal from traumas, and learning to assert and meet needs in healthy and empowered ways. 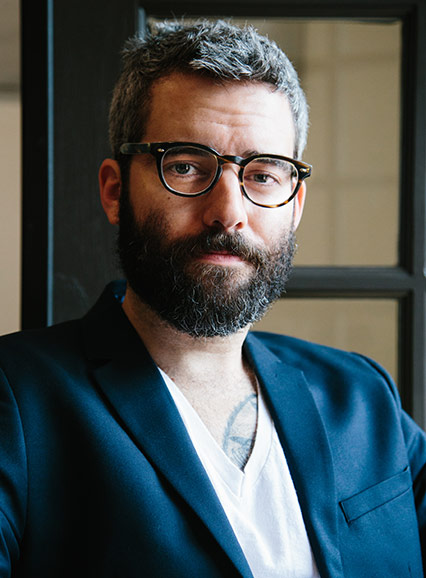 Ryan Crowley is an independent scholar and Licensed Marriage and Family Therapist, holding graduate degrees in both philosophy and counseling psychology. The marriage of these two fields informs his work as a clinician and lecturer. As someone who “grew up” in psychotherapy as an adolescent and young adult, Ryan has held a definitive interest in the fields of treatment and mental health throughout most of his life. This has entailed trying to learn from his own heartache and pain, wondering what responsibility he may or may not hold for those experiences, and living a particular life of self-examination. Special areas of his practice include psychological assessment and family therapy.

As a clinician, Ryan has been working in the addiction and mental health field since 2010. Positions have included: recovery coach; interventionist; case manager; psychotherapist; psychometrist. He has worked in residential treatment, outpatient treatment, at-home care, student health, non-profit family service, and private practice. He currently also serves in the doctoral program at Pacifica Graduate Institute. Publications include On the Beginning of Philosophy: Heidegger’s Conversation with Plato and Aristotle (2015) and Making Life Beautiful: The Power of Phantasia in and for Psychotherapy (2018). Ryan is co-author of a forthcoming trilogy of books; the first, Philosophic Psychology: Counseling for the Cultural Crisis, is due for publication in early 2020. 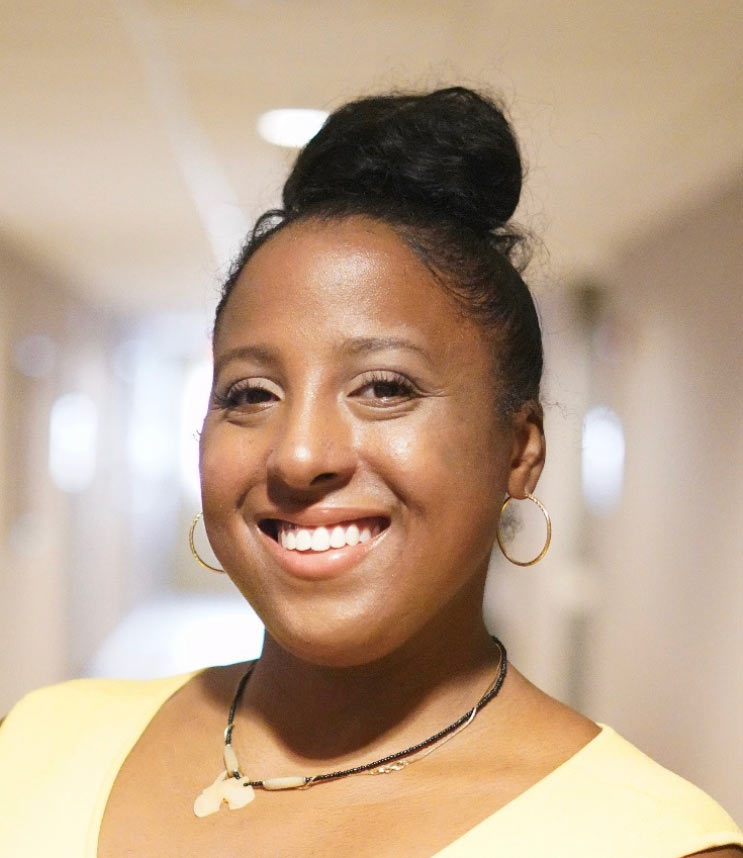 Dr. Taylor Mckelphin Moore earned her doctorate’s degree in Clinical Forensic Psychology from the Chicago School of Professional Psychology in Los Angeles and her bachelor’s degree from Clark Atlanta University. She has had many roles in the addiction treatment industry such as a mental health coach/companion, mental health therapist, public speaker, published author and an educator.

Dr. Moore has been trained and utilizes a blend of artistic expressions, cognitive-behavioral, dialectical behavioral, psychodynamic, and therapeutic interventions to assist individuals in alleviating difficult symptoms and building coping skills to self-adjust. She has conducted research on the positive effects of artistic expression with decreasing symptoms. Dr. Moore has presented her research at The California Council of Community Behavioral Health Agencies (CBHA) first annual Behavioral Health Conference in 2019. 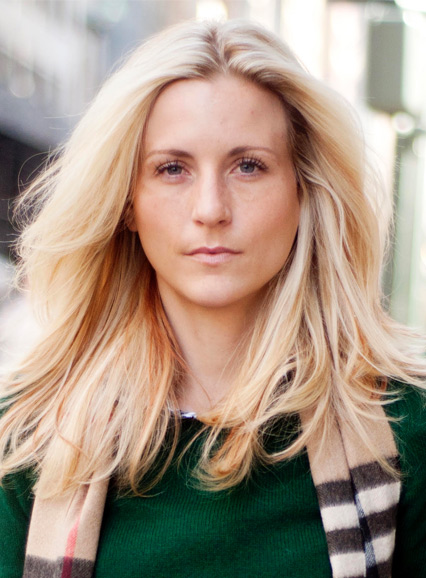 Colleen McBride has had diverse roles in the addiction treatment industry, such as recovery coach/companion, clinical case manager, business development, and therapist. Currently pursuing her MFT licensure, her personal recovery experience and overarching clinical perspective facilitates interactions between clients and their families with the valuable resources for sustainable recovery. Her underlying intention and motivations in her work are rooted in providing hope and strength to those afflicted with multiple diagnoses. 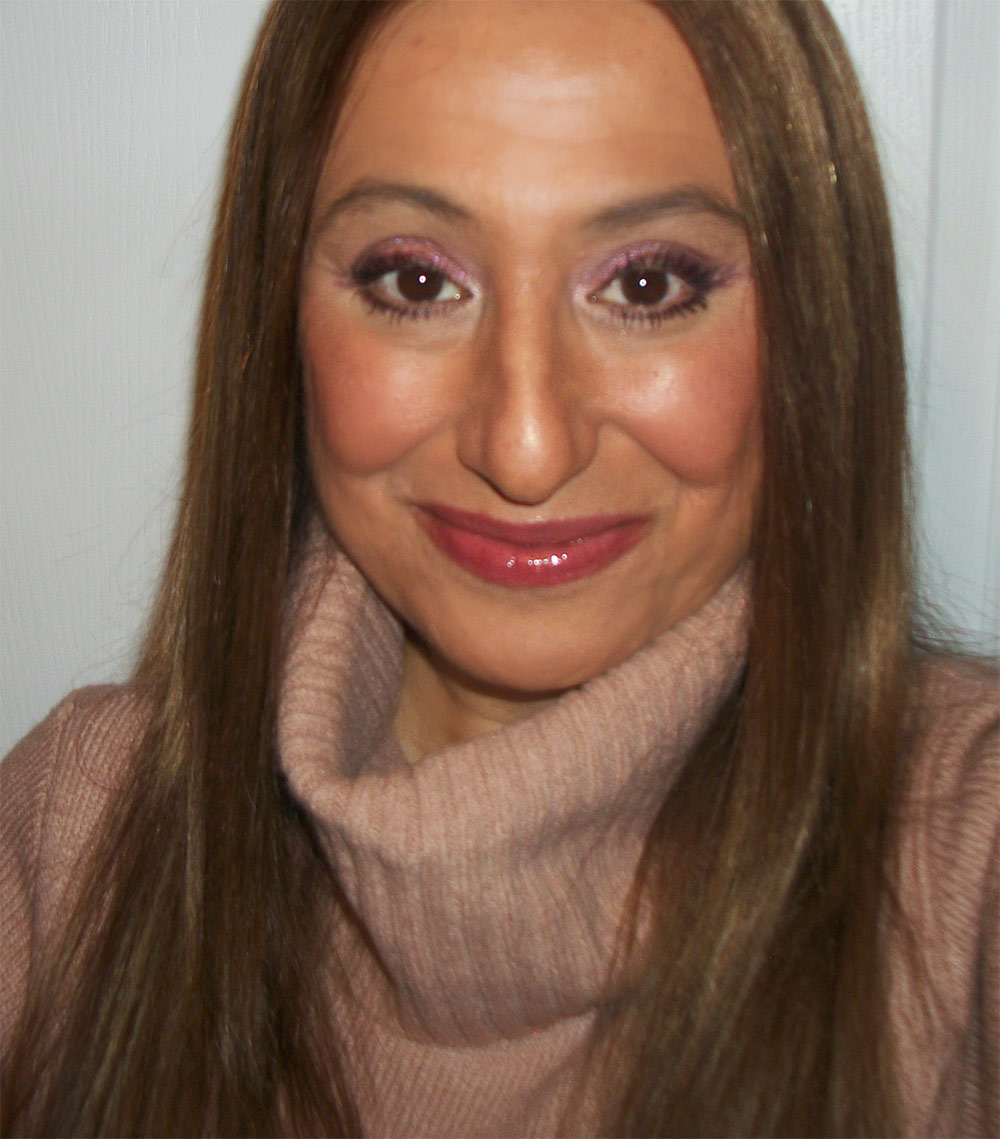 Nathalie Baret is a marketing and PR leader with over 15 years of progressive experience in growing companies’ bottom line by developing effective marketing plans, earning positive media attention, and implementing consistent branding. Her vast background in journalism (both print and radio) helps deliver compelling messaging to enhance an organization’s position in a competitive market. She earned her Bachelor of Arts in International Business Affairs from Fort Lewis State College in Durango, CO, and holds a Marketing & Business Certificate from BI/Norwegian Business School of Marketing and Management, in Oslo, Norway, where she completed an intensive exchange program at one of the most stringent marketing education programs available world-wide. She is a member of the Public Relations Society of America (PRSA) Colorado Chapter and Society of Professional Journalists (SPJ). 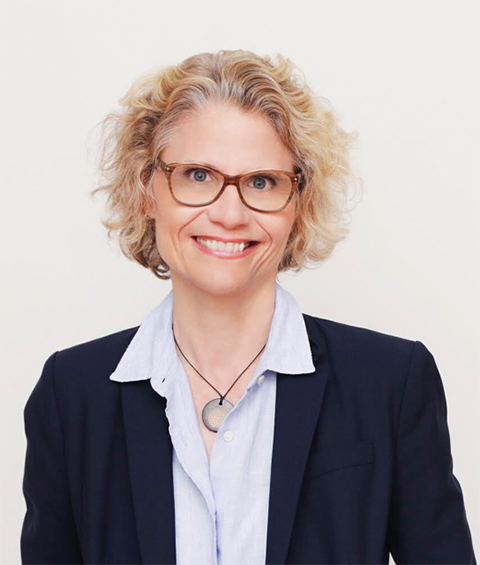 Francesca Adair has been working as a clinician and administrator in acute mental health and substance use disorder treatment since 2004.

A native New Yorker, Francesca Adair moved to Los Angeles in 1998 with plans to stay one year. Eighteen years later, after building a wonderful career launching and overseeing treatment centers for some of the most reputable programs in the business, she decided to return “home” to find new growth opportunities. With a thriving private practice in the city, her work leaves her continually awed by the courage and passion of recovering clients, their families and the providers who facilitate this amazing process. 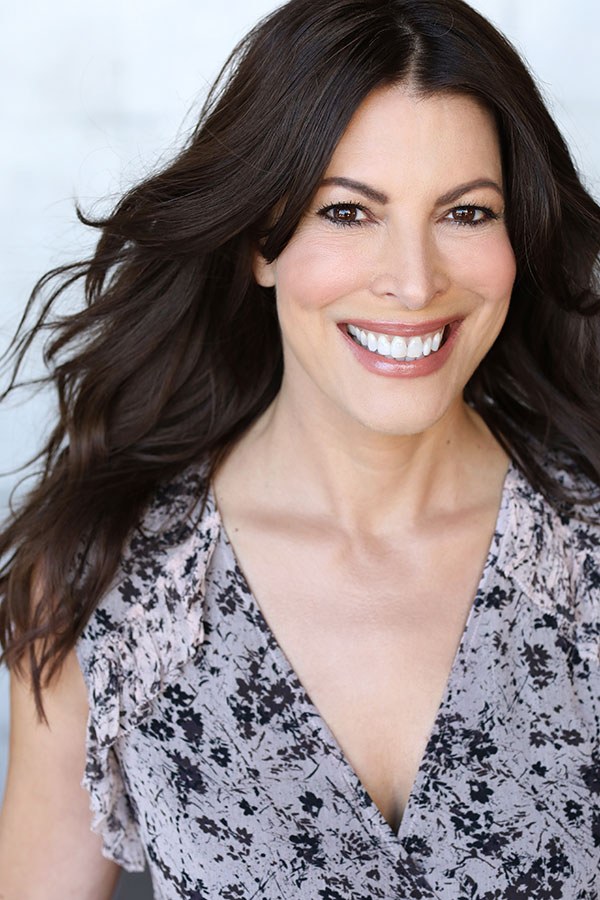 Dufflyn Lammers is a Certified Professional Coach with a passion for empowering individuals and families in recovery. She is a Certified Arise Interventionist and a Certified Recovery Specialist. Lammers, who reloecated to Paris five years ago, specializes in codependency and sex and love addiction with her company. In her sixteen years of personal recovery, she has been a regular contributor at TheFix.com, the world’s leading resource for addiction and recovery. She has published essays in the L.A Times, Adelaide, Santa Fe Writers Project, Iowa Woman, and more. She is now at work on a memoir. Lammers has worked with the Los Angeles Police Department and with at-risk youth in schools and community centers to facilitate recovery in traumatized and underserved populations. She presents workshops on resilience, identity and attachment at treatment centers and conferences internationally. Her workshops use improv games and creative writing to teach emotional intelligence, communication skills, and recovery skills through the power of play. Originally from Palo Alto, California, she now lives in France.

CiR is proud of its invaluable advisory board which includes expert addiction psychiatrists and psychologists. With over 20 years of experience in the field, our cadre of professionals possesses the knowledge, skills and compassion to help you navigate your options and give you the tools to make the best decisions in taking control of your life. 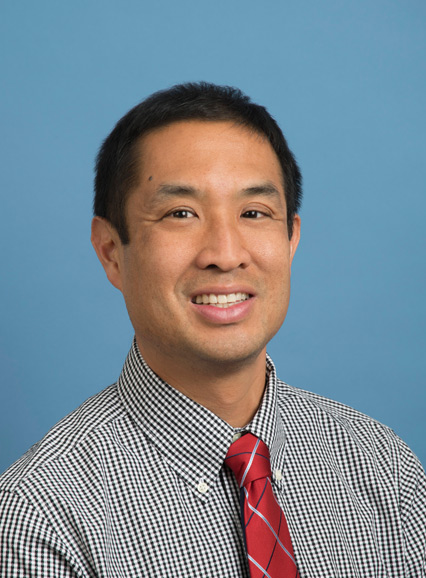 Dr. Fong is an Associate Clinical Professor of Psychiatry at the Semel Institute for Neuroscience and Human Behavior at UCLA. Dr. Fong completed his undergraduate and medical school at Northwestern University in Chicago. He then came to UCLA and finished his residency in adult general psychiatry in 2002 and was the first accredited addiction psychiatry fellow at the UCLA Neuropsychiatric Institute (2002-2004). 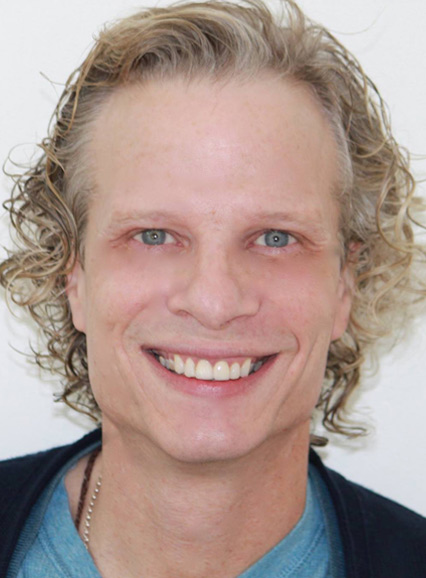 Dr. Don Grant is an internationally award-winning media psychologist, published researcher, and addiction specialist. He is also Chairman of both the American Psychological Association (Div. 46) “Device Management & Intelligence” and “Strategic Planning” committees, President-Elect of APA Division 46 (The Society For Media Psychology & Technology), and has been commissioned by APA to write the only book on “Healthy Device Management & The Practice of Good Digital Citizenship” they plan to publish. Don also designs, presents, and facilitates CEU treatment strategy and educational training workshops on “Healthy Device Management” and “The Practice of Good Digital Citizenship” for treatment centers, clinicians, practitioners, educators, parents, and school communities.

In 2015 Don was invited to present his research at the APA Convention in Toronto. His global study on technologically mediated vs Face-to-Face recovery communities was hand-selected by the convention committee for individual external promotion through a dedicated press release distributed to all media, and immediately went internationally “viral.” For this (and his preceding work) Dr. Grant received the 2015 American Psychological Association “Early Career Achievement Award.” In 2012 he was also awarded an international “Best of Show” prize in London for his research on digitally delivered vs F2F recovery support.

Print, interview, and author credits include: The Los Angeles Times, The New York Times, The Wall Street Journal, APA Monitor On Psychology, The Hollywood Reporter, Forbes, Us, and People magazine.

Dr. Grant is truly honored and proud to be included as a member of the CiR Advisory Board. He also sits on the boards of two not-for-profit organizations, including “ONE Recovery,” which delivers arts and educationally-infused connection opportunities for teens, their families, campuses, and communities and “Miriam’s House,” a Los Angeles-based sober living transitional home for women and their children.

Don’s current research includes investigations of the potential effects of social media, cyberbullying, cyberpornography, and the imminent rise of augmented and virtual reality-based opportunities, on adolescents, teens, young adults, families, and our culture/relationships-at-large.

To find out how we can help you or a loved one, or if you’re a professional looking to refer a client who can benefit from our services, please give us a call or send us a message. 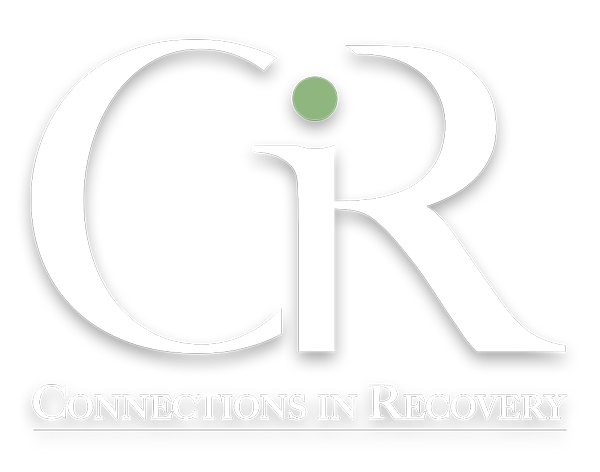